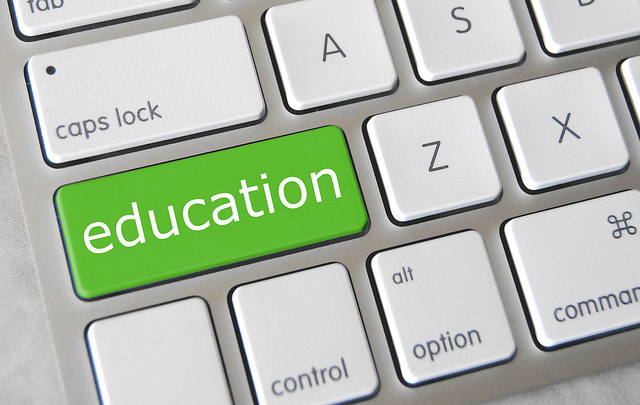 The educational field is definitely an exciting area that is experiencing changes, and where the collaborative economy is starting to play a role. I have been a student for many years and I often think that the education system prepares us for a world that no longer exists, probably because there are no longer enough jobs to absorb the amount of graduates. Moreover, in various job interviews they even told me that I was “overqualified” for the position, and often the theory we learn focuses on executive positions of great responsibility for which access is limited.

Once more we see a paradox, we live in the age of abundance with countless internet tutorials, distance learning, educational portals and even tools where anyone could make some income with their skills by generating online content. However, education as such could definitely be improved in many countries in order to match the needs of the 21st century. In Spain particularly it tends to be a disaster, without a willingness of the different political parties to reach a big consensus.

Taking Finish education as an example

A few months back I was ridesharing via Blablacar and we were casually talking about this situation. The guy who was driving recommended me to watch a documentary about education in Finland and later he sent me the link by email. Finland is the world’s most recognised country on educational terms and the documentary provides valuable information that other countries could build up on.

It seems that in the 70s there was a big consensus within the whole Finnish society (politicians, teaching staff and citizens) to make education a central issue in the country. It’s a society that’s hardly industrialized whereas it’s determined to cultivate bright minds, where teachers are highly valued and today has a high amount of investigators per head.

What’s most surprising is the methods used in Finland in comparison to other countries. A relaxed environment while working with small classes, focusing more on the fun part and for students to really understand what’s explained to them (without memorising). The teacher happens to be a mere facilitator who is very well prepared (the tests and selection process for teachers are highly demanding). In addition, they tend to stimulate their students to think by themselves and to be creative, whereas they’re not given much homework and they’re examined only a little. Classes are often witnesses by future teachers.

However, what probably differentiates most the Finnish educational model to any other one is trust. Teachers often leave students working by themselves in classes since they use many technological tools that stimulate creativity, thinking and problem-solving skills, combined with offline and one to one interactions during classes. All education is based on trust: teachers trust students, parents trust teachers, the school heads trust teachers, and vice-versa. Taking into account the transformation that’s being experienced in the educational field on this 21st century, they often say that “less is more” – perhaps it would be better to have less work in so many subjects and pay more attention to details. Maybe this would result in better prepared students for their professional future.

It’s often said that nobody likes to be told what to do and that if you really give trust to people, they respond to that trust by performing better. Trust is incorporated in many forms within Finnish society but, would it be possible to scale trust massively? The documentary suggests that it’s a much needed experiment (see the full documentary on the video link below).

Photo credit: GotCredit under a creative commons license on Flickr

This post was originally published in Spanish language for El Faro de Ceuta newspaper (printed and digital versions), at the author’s weekly section.